From Haryana with Love!

Gone are the days when physically disabled people garnered sympathy more than attention. A film from the city ‘Goonga Pehelwan’ has joined the league of National Awards. Goonga Pehelwan is a documentary that follows India’s most successful deaf athlete on his quest to reach the Rio Olympics 2016 and become only the second deaf wrestler in the history of the Olympics to do so.

This is Virender Singh’s story – a captivating account of an incredible athlete, largely unknown and snubbed by the bureaucracy. As Virender gears up for his third Deaflympics appearance in Bulgaria, the film delves into his journey from the by-lanes of a village in Haryana to becoming India’s most successful deaf athlete. On the way, it looks at all that he as endured and achieved through a glittering decade and a half long career.

In a country where there are mostly no contenders for a global event such as the Olymics, here is a man who for the better part of his life has been just that, a World Champion and a Deaflympics Gold Medalist. This film, a biopic documentary on Virender Singh, is a story of grit, fierce dedication and hope. For a man who has faced apathy and penury, scraping a living out of fighting traditional mud wrestling competitions against other able bodied athletes. The film defies the challenges faced by low budget films.

The film takes a strong take on the lack of facilities provided for specially abled athletes or citizens. The dearth of awareness and also a variety of doors now opened to the once conventionally limited, disabled person. 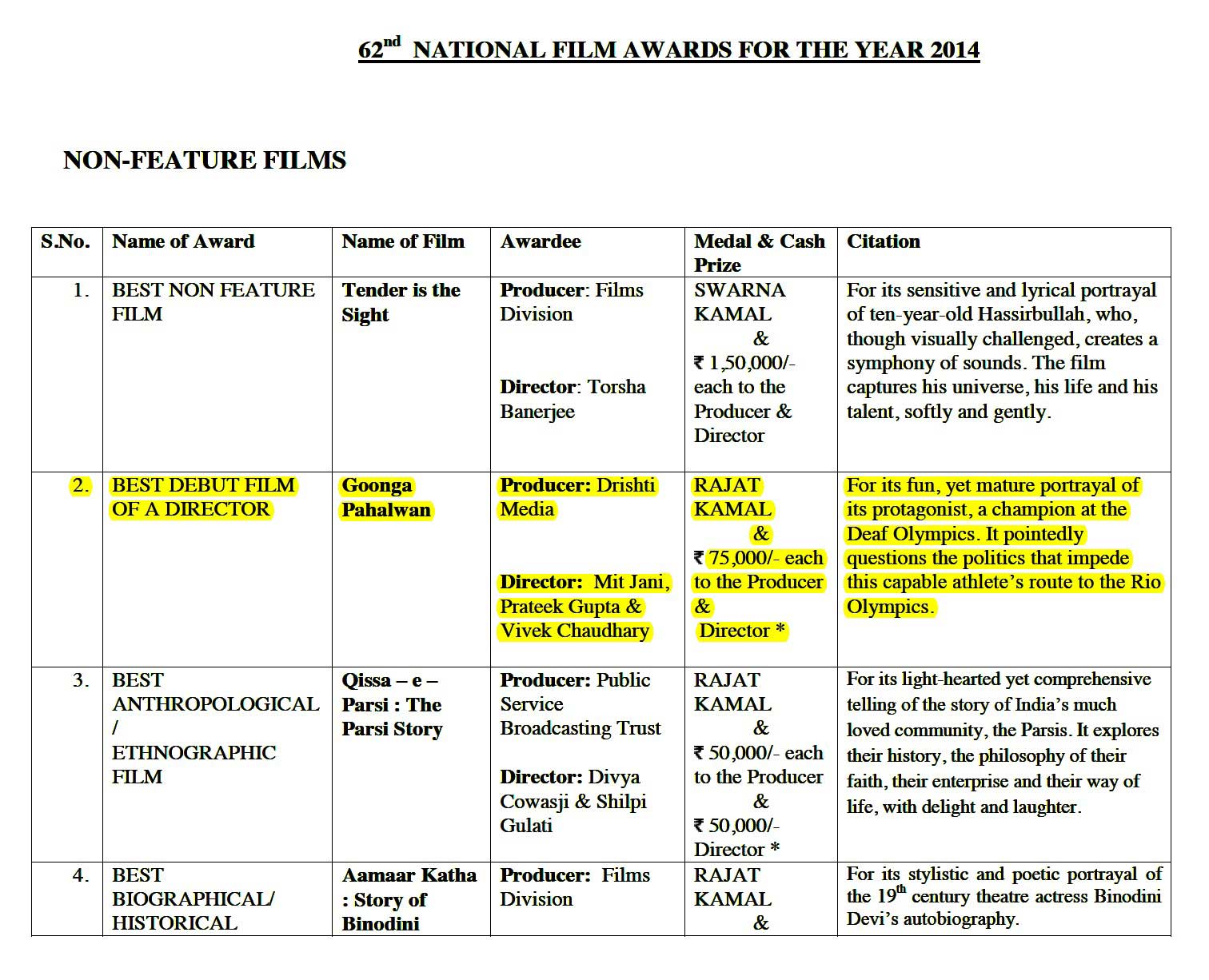 Specially abled people are capable of special achievements and this award makes this film extra special.