Today we have with us the youngest, cutest and most talented member of this family. I am unable to decide whether you are more cute or more talented? If you happen to see the hashtag #Armanians on Instagram or twitter, you will see a deluge of fan clubs.With this huge popularity of his, I always wonder How come he is only a singer?

My 1st question to you is: with such a hige fan base, have you ever thought of Acting?

Armaan: Having a fan base does not mean, it is important to act. For me music has always been my focus. Since childhood I wanted to be associated with music and wanted to become a singer. As you also said I look cute. Many say I look cute and will opt for acting. But this is not a decision I have taken as of now. Currently I am focusing on my singing. Later on if an opportunity comes, I will take it up. But If I am acting, I feel I should be trained well and do well in that also. So whenever I come into acting, I don’t want to send across a message that I cannot act. I don’t want to do that. If I come on screen I don’t want to feel I was better off as a singer. So if I do acting I want to be well prepared and when it comes on screen you should like it. In our country it happens that the actors are at the top of the popularity chart. But my perspective is different. Why can’t singers be as popular as the actors? I mean there could be good looking singers as well. 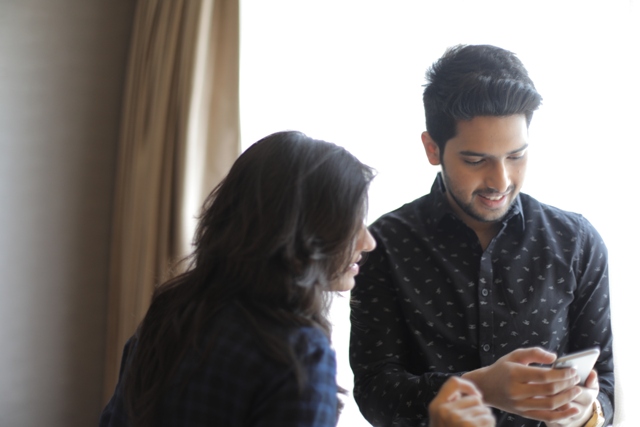 Aditi: Which social media is your favourite?

Armaan: Instagram is my favorite. You might be seeing the selfies I post. I keep posting something or the other. My phone is full of selfies. I will have to buy a new one. Photos..Edited photos…Re Edited photos…

Aditi: So you yourself choose the filter or your team?

Armaan: No no..there is no team involved. I mean I do have a team. If I am travelling from one city to another or if I am in the flight and am not tweeting, then I can tell my team but 99% I do it myself.I am a control freak. 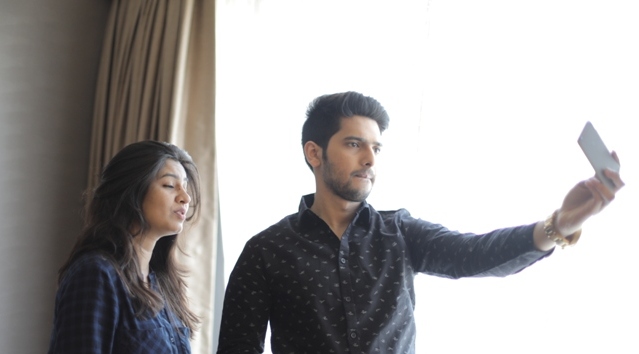 Aditi: Amaal is not over here. I had thought I would ask him, do you scold your younger brother?

Armaan: Ya we fight a lot..

Armaan: On the contrary he threatens me that I will not give you a song.You can sing good or bad, I dont care. So he scolds me a lot. My toughest recordings are with Amaal. While I was recording this song “Me rahoon ya naa rahoon, there were almost 8-10 takes of one line : ‘kuchh kahoon ya naa kahoon’…I was not able to grab the way I had to sing ‘Kuchh’..It needed some silence post that word. It took a lot of time. After 8-10 times, I just sang anything and said I have to go for a show and I am leaving. When I went down in the lift, I realized I made a mistake. I should give justice to the song. So I went up again and he said, “You came back. I knew you would”! Then I came back, recorded that line again and that is actually a favourite line of many fans and listeners. So that fight is also important. Many times When I am in the recording booth, he says you are singing badly. Even I feel angry and tell him ‘Why are you saying so? I have sung the songs for you/. So in a way it is good, whenever our song comes out, there is lot of love and support. 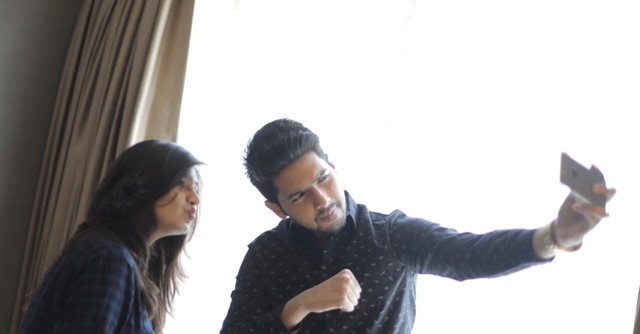 Aditi: Yaa whenever there is a song composed by Amaal and sung by you, it has been a chartbuster. It’s always super hit, in the list of Top 10.

Armaan: Our track record is such. Be it any song Main Rahoon Ya Na Rahoon Main Hoon Hero, Sau  Aasmaan ko, Buddhu sa Mann…Whenever we have come together, it has been a chartbuster, So there are fights but good fights. 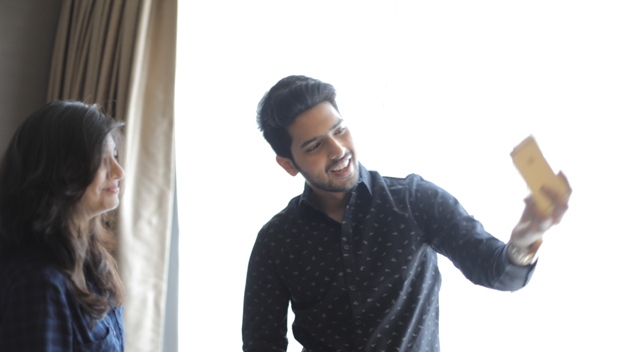 Aditi: Its said and especially after Rockstar it is believed that after heart break, a singer creates magic.

Armaan: Yess..actually sad lyrics come only during that time. You went away and a distance was created between us…Such things come up in the mind.There was a time when Amal had written le jaa zakham jio tune diye…the song of my album. While he wrote it He was going through a heart break and when the song was released, my heart had broken. So the stories of both of us came into it.

I love Armaan. He is very talented. I have a dream that I have became a singer in my future . Because singing is my life. I hope my dream has become a true. Wishing your success Armaan.